Back in early December last year, when the weather was hot and dry one Kent pumpkin seedling was planted in a raised garden bed as part of the summer plantings at Sturt House. We had wanted to plant more seedlings but that was all that was available from the garden shop on that day, and maybe that was a fortunate coincidence. When we returned from the summer break the garden bed was full of strong vine with tendrils spilling over the edge. Over the next four months it grew bigger and stronger, pushing through the garden fence in multiple directions and draping over the Westringia and Passion fruit bushes, creating magical nooks and crannies for the children to explore and play in. Flowers and then pumpkins were discovered. Daily reports of new sightings were investigated; three, five, no, seven pumpkins.

Research was needed. When should pumpkins be picked and how could we use them?

As the stems browned we harvested the pumpkins and placed them on the tin shed roof, eight pumpkins by this time, until we were ready to use them. The children thought it was a funny place to keep the pumpkins but that is what our research had advised us. Someone told us it reminded them of Malta where it is common practice. We began to cook with the pumpkins as part of our garden to table program; pumpkin scones, pumpkin soup and pumpkin pizza but….what to do with all the extra pumpkins (twelve pumpkins in total were harvested)? Educators decided we needed to celebrate this amazing harvest with our Sturt House community so ‘Pumpkin Fest… a Family Night’ was organised.

Children and Educators worked hard to prepare. An invitation went out. Art work was created to decorate our space. Seeds were saved, dried and packaged as gifts to our families. Stories were written. RSVPs were accepted. Soup, dip, scones and pumpkin pie were cooked. Lights went up. Excitement grew in anticipation of the night as the children worked together towards this exciting culmination.

And what a success our night was. Ninety six guests came. Families and extended families. Food, seeds, conversation and children’s learnings were shared. Connections were made between children, families and Educators.

From one pumpkin seed so many things have grown; Children’s learning about science, numeracy and literacy and probably more importantly what can be achieved when they work collaboratively alongside their peers and educators towards a common goal. The Sturt House community has been united, connections have been made and our community’s sense of belonging has developed.

And let’s hope when the weather gets warm and dry again, sometime in October, our families will plant their seeds and that their pumpkin harvest will bring joy and good times to them to. 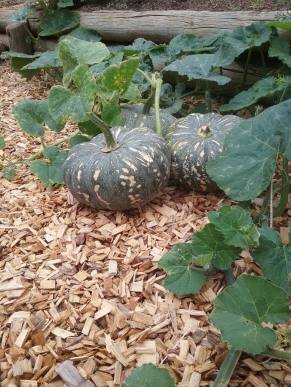